ESF support for an Honorary Chair at the University of Amsterdam 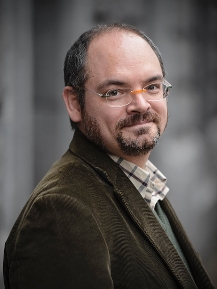 “For American scholars in Esperantic studies,” commented Humphrey Tonkin, president of the Foundation, “the Amsterdam chair is a shining example of what can be achieved in an intellectually open setting in which all linguistic phenomena are given serious scholarly consideration. The continued presence of Esperanto and interlinguistics at Amsterdam will strengthen the study of these fields everywhere.”

The chair, currently held by Professor Federico Gobbo, of Italy, has a long and illustrious history, beginning as a lectureship shortly after World War II and raised to the status of private professorship some twenty years ago. Esperanto and interlinguistics, normally taught as a branch of linguistics, embraces the study of planned languages and their social and linguistic context.

“We are grateful for this generous gift from ESF,” said Mark Fettes, the then president of the Universal Esperanto Association. “The gift is part of a generous outpouring of support from organizations and individual Esperanto speakers across the world, and attests to the vitality both of the Esperanto-speaking community and of Esperanto research.”